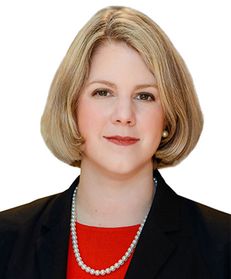 Clare Putnam Pozos represents clients in a broad range of white-collar, investigations, appellate and crisis-management matters. Ms Pozos is the former First Assistant US Attorney for the Eastern District of Pennsylvania, one of the United States’ largest districts. In that role, she served as the second-ranking official in the US Attorney’s Office, overseeing the investigation and prosecution of a wide variety of federal crimes. She also served as the senior adviser to the US Attorney, advising on criminal and civil case decisions, hiring and employment matters, and Department of Justice policy initiatives. Ms Pozos has prosecuted hundreds of cases, acted as lead counsel in over 40 trials, and handled numerous appeals before federal and state courts involving fraud, public corruption, cybercrime and dark web narcotics investigations.

Ms Pozos has received numerous special achievement awards for her trial and investigative work, including recognition by the Office of National Drug Control Policy for the high intensity drug trafficking areas outstanding opioid investigative effort in 2018 and 2019. Most recently, she was named among City & State’s 2021 ‘Pennsylvania 40 under 40’ and was featured as a ‘Lawyer on the Fast Track’ by The Legal Intelligencer in 2019.