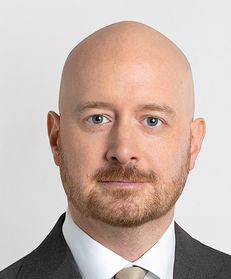 Christopher represents clients in international commercial, investment and sports arbitration matters in civil and common law jurisdictions around the world as well as in setting-aside proceedings before the Swiss Supreme Court, and regularly sits as arbitrator in Europe, the Middle East and throughout Asia.

A large part of Christopher's practice focuses on complex construction and engineering disputes in the energy, mining and metals, infrastructure, shipping and manufacturing sectors.

Examples of Christopher's recent work in construction matters include the representation of an international construction consortium in several parallel multibillion-dollar arbitrations regarding one of the world's largest infrastructure projects; counsel to a German client in a US$600 million construction dispute in the mining sector; and counsel to multinational contractor in several disputes over power plant projects around the world.

Christopher is admitted to the Swiss and Singapore bars (foreign lawyer), holds law degrees from universities in Switzerland, the Netherlands and the US, a PhD from the University of Zurich, and is a fellow of both the Chartered Institute of Arbitrators and the Singapore Institute of Arbitrators. He is a vice-president of the Arbitration Court of the Swiss Chambers' Arbitration Institution and vice chair of the IPBA International Construction Projects Committee. Christopher Boog is the 2020 recipient of the ASA Prize for Advocacy in International Commercial Arbitration, awarded every two years to international arbitration counsel to recognise exceptional advocacy in international arbitration.