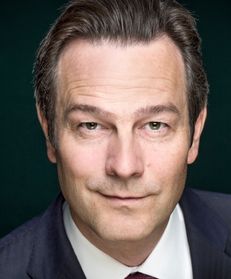 Christophe Emonet has been a partner since 2004 and heads the litigation and arbitration group in Geneva and the white-collar crime team. He specialises in complex national and international banking/commercial disputes and investigations, regulatory and white-collar crime matters (corporate/financial fraud and corruption). He also has broad experience of asset recovery and cross-border bankruptcies. Christophe Emonet represents primarily Swiss and foreign banks, corporations, foreign states and HNWIs, which request his assistance for strategic matters and complex negotiations.

Christophe Emonet's expertise has been recognised for a decade by the leading legal directories, including Chambers, The Legal 500, Who's Who Legal, Best Lawyers and IFLR. A sample of recent quotes from clients and peers distinguish him as "standing out among Swiss lawyers. He always goes the extra mile." (The Legal 500 2020, Banking and Finance), being a "tough but sensible lawyer, who understands the client’s needs" (The Legal 500 2020, Insolvency and Corporate Recovery), a "top practitioner, who deeply cares about his clients" (The Legal 500 2019, Litigation), and praise his "deep knowledge of the law, razor-sharp advice, and the fact that he helps you to put your best interest forward" (Chambers 2019, WCC). Other sources emphasise: "highly strategic, very bright and relentless in defence of his clients” (Chambers 2018, WCC; The Legal 500 2016/2015, Banking and Finance), “a great negotiator” (The Legal 500 2018, Litigation), who is “striking in the court room as well as in negotiations” (Chambers 2016, WCC; The Legal 500 2014, Banking and Finance) and a “fierce advocate” (Chambers 2015, WCC).  Christophe Emonet graduated from the University of Geneva in 1996 (MLaw), was admitted to the Bar in 1998 and became a partner in 2004. Prior to joining Pestalozzi in 1999, Christophe Emonet worked with barristers and solicitors in London. As part of his career, he also served for a year as foreign associate in two major law firms in Madrid and Buenos Aires.