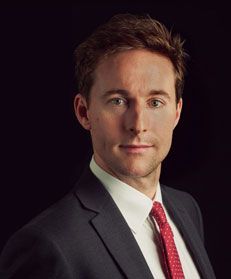 Charles Enderby Smith regularly advises clients on matters of public international law, with a particular focus on issues faced as a result of the imposition of international sanctions. Charlie’s sanctions practice spans international administrative and judicial challenges before various tribunals, including the authorities and courts of the EU, the UK, the US and the UN. Charlie’s practice is on the cutting edge, with his matters often testing new rules and legislation and establishing important principles of law.

Charlie was the lead associate on applications before the European General Court to annul financial sanctions imposed on the former President of Egypt, Hosni Mubarak, and members of his family, resulting in successful judgment in April 2022. He was previously the lead associate on the family’s appeals to the European Court of Justice resulting in the successful annulment in December 2020 of previously imposed sanctions.

Charlie has also advised both individual and corporate clients in the context of a broad range of other sanctions regimes, including those relating to Syria, Myanmar and anti-corruption.

He is the lead associate advising Saudi Arabian businessman and philanthropist Sheikh Yassin Abdullah Kadi in relation to US litigation and related matters following the work done by Carter-Ruck to overturn sanctions imposed upon him in the aftermath of the 9/11 attacks (resulting in some of the most important EU judgments on the relationship between European Commission and international law and on fundamental rights).

Charlie has written widely on sanctions and on a range of commercial and international dispute resolution topics, and has been referred to by The Legal 500 2020 as a ‘future superstar’.