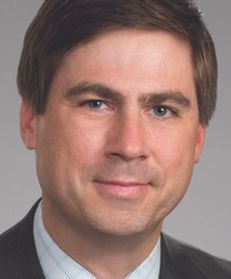 Brigham Cannon, partner in the Houston office of Kirkland & Ellis, concentrates his practice in the areas of white-collar criminal defence, internal investigations and False Claims Act litigation. He defends corporations and individuals in government investigations and other criminal and regulatory proceedings in connection with the Foreign Corrupt Practices Act (FCPA), healthcare fraud and securities fraud.Mr Cannon joined Kirkland after spending more than four years as a prosecutor with the Department of Justice in the fraud section of the criminal division. He joined the Department of Justice as a trial Attorney through the Attorney General’s Honors Program and led investigations and prosecutions into a wide variety of white-collar crimes, including bank, wire, mail, and securities fraud, money laundering as well as the FCPA.Mr Cannon has tried several cases in federal court, including against a defendant who stole more than US$120 million and another against the former CEO of a publicly traded company for securities fraud. He was also the lead prosecutor in the takedown of 26 defendants in nine states as part of an investigation into a multimillion-dollar fraud on an FCC programme.He was identified in 2017 and 2018 as one of the ‘Next Generation’ white-collar lawyers by The Legal 500 United States, was named to the 2014 Global Investigations Review ‘40 Under 40’, and was awarded the Attorney General’s Award for Distinguished Service in 2013, and the Assistant Attorney General’s Exceptional Service Award in 2011.For more information, please visit www.kirkland.com/bcannon