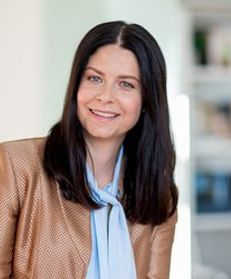 Barbora Šnáblová is the founding partner of Barbora Šnáblová Attorneys, an arbitration boutique based in Prague. Before founding her law firm in 2015, Barbora has worked for over 10 years on litigation and arbitration teams of leading international law firms in Prague and she also served as independent consulting counsel in treaty disputes and international commercial disputes. Barbora has represented domestic and foreign companies and sovereign governments in both ad hoc arbitrations and arbitrations under the ICC and UNCITRAL rules. She has extensive experience arbitrating claims under bilateral investment treaties. Barbora has also represented clients before variety of courts, including the Supreme Administrative Court, the Supreme Court and the Constitutional Court of the Czech Republic. Barbora has been involved in complex national and international litigations and commercial arbitrations across variety of sectors, such as electric energy production, banking, real estate, gaming or telecommunications. She advises clients on cross-border issues, drafting of arbitration agreements and pre-dispute strategy and enforcement of arbitral awards. Barbora is listed as arbitrator by the Ministry of Internal Affairs of the Czech Republic and she is a member of the Arbitration Commission of the Czech Basketball Federation. Barbora holds a law degree from Utrecht University, and master’s degrees from Charles University in Prague and London School of Economics and Political Science, where she studied international dispute resolution and financial law. She is a solicitor for the Czech Republic. She is proficient in English and Czech and fluent in German.