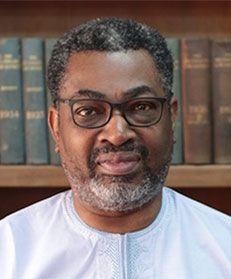 Babajide Ogundipe graduated from the University of London, England in 1978 and was admitted to the Nigerian Bar in 1979. After completing his national service in Kaduna State, he joined the chambers of Chief Rotimi Williams, where he was employed from 1980 to 1989. In 1989, he co-founded the firm of Sofunde, Osakwe, Ogundipe & Belgore with three other partners. He is a notary public of the Federal Republic, a fellow of the Chartered Institute of Arbitrators and a former chairman of the Nigerian Branch of the Chartered Institute of Arbitrators. He is a listed arbitrator with the International Centre for Dispute Resolution’s Energy Arbitrators, and the former president of the Lagos Court of Arbitration. He is a member of ICC Fraudnet, the National Committee of the International Chamber of Commerce (Nigeria) and the International Bar Association, where he is currently Africa regional representative of the Anti-Corruption Committee and vice-chair for Africa of the Regulation of Lawyers’ Compliance Committee.