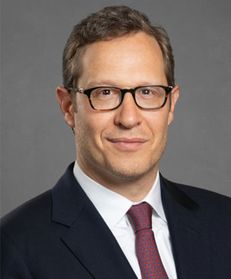 Avi Weitzman is co-chair of the complex litigation and arbitration practice at Paul Hastings, and a partner in the investigations and white-collar defence practice. Mr Weitzman is based in the firm’s New York office. Mr Weitzman is an experienced and sought-after trial lawyer, who represents companies and individuals in civil litigation, internal investigations and government-facing inquiries, and criminal and enforcement litigation against the government. He has played leading roles in a number of high-profile trials and matters, including representing Chevron Corporation in a two-month federal RICO trial barring the enforcement of a US$9 billion Ecuadorian judgment that The American Lawyer called ‘The Case of the Century’; representing the Office of the Governor of New Jersey in an independent investigation of the ‘Bridgegate’ matter; serving as lead trial counsel in the six-year defence of a former public company chief executive officer charged with accounting fraud and market manipulation, which resulted in an unprecedented sentence of no time in prison, despite the government’s request for more than 20 years; and obtaining a rare pretrial dismissal with prejudice of a federal indictment charging the founder of a publicly traded pharmaceutical company with insider trading.

From 2005 to 2012, Mr Weitzman served as an Assistant United States Attorney in the Southern District of New York, where he tried 12 federal criminal jury trials to verdict. As a member of the Securities and Commodities Fraud Task Force, Mr Weitzman investigated and prosecuted a wide range of federal securities fraud offences, and was a member of the team that led the government’s investigation dubbed ‘Operation Perfect Hedge’, which resulted in the conviction of more than 60 individuals for insider trading offences.