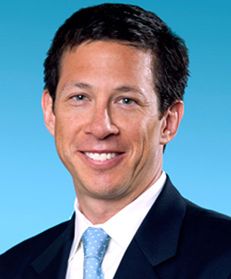 Anthony S Barkow, co-chair of Jenner & Block’s investigations, compliance and defence practice, and managing partner of the firm’s New York office, represents companies and executives in global/cross-border and national criminal and regulatory investigations. He also conducts internal investigations, provides counsel to senior management on enforcement and compliance issues, and serves as a corporate monitor. As a federal prosecutor for 12 years in the US Attorney’s Office for the Southern District of New York (SDNY) and for the District of Columbia, and in Main Justice, he prosecuted some of the country’s most significant international terrorism and white-collar criminal cases. He has tried more than 40 cases, and briefed and argued more than 10 cases on appeal. In 2005, Mr Barkow was awarded the Attorney General’s Award for Exceptional Service, the highest award bestowed by the Attorney General within the US Department of Justice (DOJ).

At Jenner & Block, Mr Barkow served as one of the team leaders conducting an investigation and producing an internal report to the board of directors for General Motors Company (GM) with regard to events leading up to certain recalls stemming from faulty ignition switches, and represented GM in a related investigation by the US Attorney’s Office for SDNY, culminating in the resolution of the matter through a deferred prosecution agreement. He also co-led the monitorship of Credit Suisse AG following the bank’s US$715 million settlement with the New York Department of Financial Services, part of a broader US$2.6 billion settlement that involved the DOJ and federal regulators.