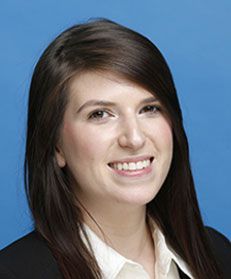 Amanda Azarian is an associate at Jenner & Block’s London office focusing on investigations, compliance and defence. Ms Azarian has extensive experience in working on a range of government enforcement actions in the United States and United Kingdom, including large, complex matters involving the SFO, NCA, DOJ, SEC and OFAC, with a concentration on economic crime. Her practice includes the representation of both corporates and individuals, conducting and advising on global internal investigations, defending against allegations relating to financial crime and responding to government requests, offering compliance advice including in relation to anti-bribery and corruption, anti-money laundering, and sanctions and developing and implementing tailored compliance programmes, due diligence and risk assessments. Prior to joining Jenner & Block, Ms Azarian worked for the Washington, DC, and London offices of an international law firm. Ms Azarian received her law degree from the Catholic University of America, Columbus School of Law, where she served as a staff member of the Catholic University Law Review and interned for the Hon. Heidi Pasichow at the Superior Court for the District of Columbia. She is admitted to practise in both Maryland and Washington, DC.