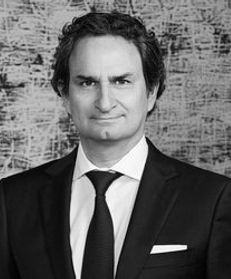 Alberto Rebaza is the founding and managing partner of Rebaza, Alcazar & De Las Casas. As partner, he co-leads the mergers and acquisitions and corporate areas. In addition to his master’s degree from the University of Virginia, he has studied at Georgetown University and in England. Alberto has been consistently considered by legal rankings as a leading lawyer in mergers and acquisitions. He has been a speaker at conferences in Dublin, São Paulo, Bogotá, Panama City, Barcelona, New York City, Mexico City and Singapore, among others. He has been a director for several companies and organisations, such as Edegel (energy), Rigel Peru (insurance), Liderman (services), Amrop (services), IPAE, Pesquera Alexandra (fishing) and YPO. Very much involved in the arts world, Alberto is vice president of the Museum of Art of Lima, a member of the international patronage committee of the Reina de Sofia Museum and a member of the Latin American Circle at the Guggenheim Museum in New York.