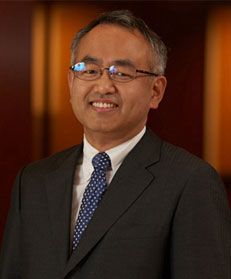 Akihiro Hironaka is a partner at Nishimura & Partners, one of the largest international full-service law firms in Japan. He has provided extensive legal advice including counselling, strategy planning, negotiation and advocacy concerning litigation, tax litigation and international litigation and arbitration. His clients include major banks, insurance companies, power corporations and construction firms in various countries.

Mr Hironaka has significant legal experience, having worked as a judge in the Yokohama District Court (1998–2000), and also as a lawyer with the law firm Arnold & Porter, LLP in its Washington, DC office (2003–2004). He earned an LLB from the University of Tokyo in 1993 and an LLM from Harvard Law School in 2003. Mr Hironaka was admitted to practise law in Japan in 1996 (voluntarily deregistered in 1998 and readmitted in 2000) and in New York in 2004. He is fluent in both English and Japanese. Mr Hironaka has authored chapters and articles regarding dispute resolution, including ‘Jurisdictional Theory Made in Japan: Convergence of US and Continental European Approaches’ (Vanderbilt Journal of Transnational Law, Nov 2004) and Yasuhei Taniguchi, et al eds, Civil Procedure in Japan, Rev 2nd edition (Contributor, Juris Publishing, 2002).