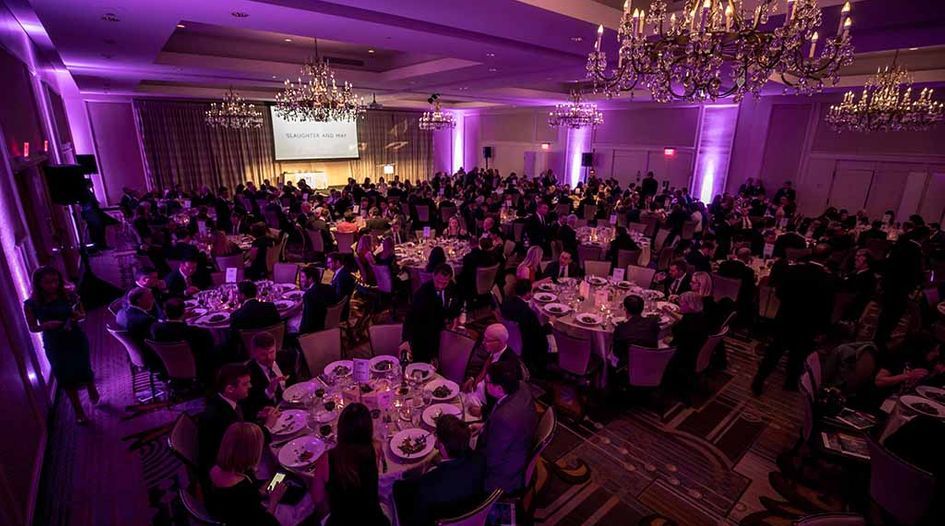 GIR unveils the shortlists for the first two categories of its seventh annual awards ceremony, which will be held in Washington, DC on 9 November.

The shortlists for another six awards, including a new category to recognise an Investigations Practitioner of the Year, will be released in the coming days.

The evening will provide a chance to celebrate the investigations professionals and practices that have impressed most in the past year, and GIR’s top 30 investigations practices, as part of our annual GIR 100 research, will also be unveiled. The ceremony will be held in aid of Swawou Layout Girl’s School in Kenema, Sierra Leone, which helps disadvantaged girls in the region.

The UK’s highest court generated plenty of discussion in the London bar when it ruled in February that the Serious Fraud Office (SFO) cannot force a foreign company to hand over material stored abroad – a decision that lawyers said will make conducting global investigations more difficult for the agency. The Supreme Court said that notices issued under section 2 of the Criminal Justice Act, which allow the SFO to compel recipients to hand over information, do not have an extraterritorial reach that enables the agency to force companies to turn over information stored abroad. The decision came as part of a bribery investigation into Houston-based engineering company KBR, which had appealed against the SFO’s attempts to go after its files kept in the US. The SFO dropped its probe into KBR in March because the case did not meet the evidential test for prosecution.

For the UK Serious Fraud Office

Germany’s highest court made a splash in July when it upheld the convictions of UK nationals Martin Shields and Nicholas Diable for a practice known as cum-ex trading. The practice allows shareholders to claim multiple tax credits on a dividend that was paid and taxed only once. The German supreme court’s recent decision confirms that knowingly and intentionally participating in cum-ex trades is a criminal offence in Germany instead of a legal grey area. Local practitioners said the decision is a huge win for prosecutors in Germany, and sets the stage for increased cum-ex enforcement in the coming years, as it arms prosecutors with a roadmap to build cases against other defendants.

For the Cologne Public Prosecutor’s office

Following a three-year-long trial, a Milan court made a landmark decision when it acquitted oil companies Shell and Eni in March. The companies were acquitted after being accused of paying millions in bribes to Nigerian officials to secure prospecting rights to a lucrative oil field. The court ruled that the companies had no case to answer – nor did the other 13 defendants including Eni CEO Claudio Descalzi, Nigeria’s former oil minister Dan Etete and Malcolm Brinded, Shell’s former head of exploration and production. The verdict means the defendants avoided having to pay the $1.1 billion in damages that Nigeria had demanded, and dealt a heavy blow to Italy’s anti-corruption efforts to boot. The Milan public prosecutor’s office has appealed against the decision.

For the Milan Public Prosecutor's Office

After US authorities pursued former JPMorgan Chase trader Richard Usher and former Citigroup trader Rohan Ramchandani for almost a decade, the US Office of the Comptroller of the Currency (OCC) drew some attention when it withdrew its case against the pair for alleged forex manipulation. The OCC withdrawal in July came nearly three years after a Manhattan jury acquitted the duo of related criminal charges. The OCC case had been stayed during that time pending the outcome of the criminal proceedings. The case is also noteworthy because Usher had accused the US Justice Department of blocking him from using exculpatory evidence from the criminal case in the OCC matter.

The success of the SEC’s whistleblower programme

The US Securities and Exchange Commission’s whistleblower programme has been handing out awards at a dizzying rate over the past year, totalling almost $960 million to date for over 200 individuals since its first award in 2012. One of the awards last year was for a tip that helped authorities open bribery investigations into Panasonic Avionics, ultimately leading to a $280 million resolution for the company in 2018. There has been a significant rise in whistleblower tips too; the commission received over 6,900 tips in the 2020 fiscal year, potentially sparking a wave of new investigations.

Goldman Sachs entered into a monumental foreign bribery resolution for $2.9 billion with 10 authorities across the globe. The landmark settlement resolved the bank’s role in the highly-publicised bribery and embezzlement scheme concerning Malaysia’s development fund, 1MDB, and was the first time criminal charges were brought against Goldman Sachs.  The resolution surprised many with the sheer volume of countries involved, including authorities in the US, the UK, Singapore and Hong Kong. The settlement demonstrated great strides in international cooperation and set a new bar for corporate FCPA settlements – it included the largest penalty imposed under the foreign bribery statute. Despite the seriousness of the alleged conduct, the bank’s parent company was able to avoid a guilty plea. US authorities also decided against imposing a monitor.

In the DOJ matter

In the SEC matter

German software company SAP is the first-ever corporation to get credit for self-reporting US export control and sanctions violations under the DOJ’s revamped national security division (NSD) voluntary disclosure policy. SAP agreed to pay over $8 million to multiple authorities to resolve export control and sanctions violations in April.  The policy was introduced in 2019 as an attempt to encourage companies to come forward with potential sanctions or export control breaches, and in return the DOJ would offer them the presumption of a non-prosecution agreement if they fully report potential wrongdoing, cooperate with an investigation and remediate.

The official launch of the European Public Prosecutor’s Office

The European Public Prosecutor’s Office (EPPO) finally launched its operations in June after eight years in the making. Boasting over 100 prosecutors from 22 countries and led by Romanian prosecutor Laura Kövesi, the EPPO is a fully independent body that investigates and prosecutes crimes against the EU budget, including fraud, money laundering and corruption. At the time of its launch, the agency said it had at least 3,000 cases to investigate – and it has wasted no time getting into gear. In July, the EPPO announced an investigation into a Croatian mayor accused of corruption, while the following month it raided premises in five EU countries as part of a €14 million VAT fraud probe.