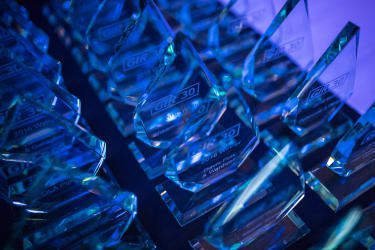 Over the coming days, GIR will reveal the shortlists for its fifth annual awards ceremony, which will take place at the Four Seasons Hotel in Washington, DC, on 24 October. Read on for the nominees in the categories Enforcement Agency or Prosecutor of the Year and Emerging Enforcer of the Year.

The black-tie event will provide a chance to celebrate the investigations practitioners and developments that have impressed most in the past year, and is held in aid of Swawou Layout Girl’s School in Kenema, Sierra Leone, which helps disadvantaged girls in the region.

On the night, GIR will also reveal the top 30 investigations practices. The event will culminate with a career achievement award for one exceptionally respected and admired individual.

Enforcement Agency or Prosecutor of the Year – the nominees:

The prosecutor’s office for the western German region has become the first to prosecute a landmark tax fraud case, a test of whether individuals can be held criminally liable for participating in controversial dividend transactions, known as cum-ex trades. Cum-ex transactions have been under investigation in Germany for years, and recent reports by a collective of European investigative journalists claim that Europe’s taxpayers have been swindled out of €55 billion in tax rebates by dividend-stripping trades like cum-ex. Cologne’s public prosecutors have circumnavigated the globe as part of multiple investigations into cum-ex trades, travelling as far as Australia to conduct interviews with executives of Macquarie Bank. In April, the court in Bonn accepted a criminal indictment against two British former traders at HypoVereinsbank (HVB) filed by chief financial crime prosecutor for Cologne’s Public Prosecutor’s Office, Anne Brorhilker. The trial started in September in a brand-new chamber for economic crime hearings that was set up last year in anticipation of the cum-ex trials.

The US Department of Justice’s Mobile TeleSystems prosecution team

A DOJ team led by prosecutors in the Criminal Division’s fraud section, including senior litigation counsel Nicola Mrazek and former assistant chief Ephraim Wernick, and the US Attorney’s Office for the Southern District of New York, including assistant US attorney Edward Imperatore, netted a $850 million settlement with Russian telecoms company Mobile TeleSystems (MTS) over alleged FCPA violations. MTS is the final company to settle in what has been one of the biggest bribery investigations of recent years. The case concerned allegations that MTS, alongside two competitors, funnelled hundreds of millions of dollars in bribes to Gulnara Karimova, the daughter of the late Uzbek president Islam Karimov, to secure licences to operate in Uzbekistan. The prosecution team charged Karimova and the former CEO of MTS’s Uzbek subsidiary with related crimes. The same DOJ team also secured related settlements with telecoms companies Telia and VimpelCom in previous years.

This Italian prosecutor’s office is nominated for a GIR Award for the second year in a row, owing to its work in two high-profile investigations. The first is its unprecedented prosecution of two large oil companies, Eni and Shell, as well as several of the companies’ executives – including Eni’s chief executive, Claudio Descalzi, and his predecessor, Paolo Scaroni – in relation to alleged bribery in a $1.3 billion deal for an oil field in Nigeria. The prosecutors, led by Fabio De Pasquale, began investigating the deal in 2014 and secured a win late last year when two middlemen in the scheme were found guilty in fast-track proceedings. Separately, the Milan prosecutor’s office this year finalised a preliminary investigation into accounting irregularities at British telecommunications company BT. In February, prosecutors reportedly named 23 individual suspects – including three top execs – as well as the company.

Dutch prosecutors, too, are recognised for a second year running for continuing to impress in their enforcement efforts. In early 2019, the Netherlands Public Prosecution Service (OM) announced its intention to charge the Anglo-Dutch oil company Shell, to much fanfare from anti-corruption campaigners, over allegations that its executives bribed Nigerian officials to win oil rights. The matter is currently on hold while Shell and the OM resolve a privilege dispute, which could take years. In response, the OM has been very vocal in its criticism of what it says are blanket claims of privilege by external lawyers and called for changes to current procedures to resolve such disputes. In another significant announcement in the past year, the authority said that it is willing to work on introducing limited judicial oversight to big economic crime cases.

The US Treasury Department’s Office of Foreign Assets Control (OFAC)

OFAC has had an extremely active enforcement year, levying over $1.2 billion in fees by the half-way point in 2019. The agency is pursuing sanctions violations with increasing aggression and is targeting industries and conduct that have traditionally avoided scrutiny. In the past year, the authority has been party to multi-agency settlements worth over a billion dollars each with French bank Société Générale, UK bank Standard Chartered and Italy’s UniCredit. The sanctions enforcer also issued its inaugural compliance guidance in May, reversing its previous stance on providing advice to companies about what to include in a sanctions compliance programme.

Emerging Enforcer of the Year – the nominees:

The traditionally much-maligned Australian corporate regulator has undergone a makeover after a bruising and sweeping public enquiry in 2018 into misconduct within the country’s banking sector. After coming under attack for being too willing to settle cases, the agency, whose enforcement was once described in parliament as “like being hit with a lettuce leaf”, has formally said it will now prioritise litigation. From February 2018 to June 2019, ASIC recorded a 21% increase in the number of enforcement investigations it opened.

Belgium’s Public Prosecutor’s Office made its mark in white-collar enforcement this year after bringing a multinational bank to heel. HSBC’s Swiss private banking unit agreed to pay €300 million to settle a tax fraud case after the company was placed under investigation in March 2013. The investigation was led by investigative judge Michel Claise and the settlement, at the time of writing, is still subject to court approval. Belgian prosecutors are also investigating another Swiss bank, UBS, for money laundering and serious and organised tax fraud. Claise placed the bank under formal investigation in February 2016 on charges that it illegally offered prospective clients in Belgium bank accounts that would enable them to evade local taxes.

The SØIK has had its hands full this year after a money laundering scandal erupted at Denmark’s biggest bank, Danske Bank. Prosecutors have persistently pursued former executives at the bank, filing preliminary charges and raiding the home of its former CEO in May after an internal investigation revealed that €200 billion in suspicious payments were laundered through Danske Bank’s Estonian branch. The past year also saw the SØIK issue the largest fine in Denmark’s history when it agreed a $29.8 million settlement with coatings supplier Hempel over alleged bribery. The investigation was conducted with German authorities, who settled with Hempel’s German subsidiary for €3 million, which lawyers hailed as a step towards more non-US-led cross-border investigations and resolutions.

As the legal battle surrounding the 1MDB scandal rages on, the MACC continues to build on its past successes. The agency has relentlessly gone after individuals linked to 1MDB, most recently announcing indictments against 17 current and former executives from investment bank Goldman Sachs for their alleged role in the scandal. Prosecutors have also not abated in their pursuit of former prime minister Najib Razak, opening an investigation into bribes he allegedly received in connection with a submarine deal with French company Naval Group. The MACC’s new head is pushing to overhaul the agency’s beneficial ownership system after she called for the Malaysian parliament to introduce reforms.

Prosecutors in Peru are by and large at the top of the Latin American anti-corruption pack in their dogged pursuit of bribery allegations linked to Brazilian engineering and construction company Odebrecht. Between 2017 and 2018, Peru sent 68 requests for cooperation to Brazilian authorities in relation to the Odebrecht scandal. The Public Prosecutor’s Office also entered a collaboration agreement with Odebrecht in February to streamline its investigations in the matter. Peru’s proactiveness seems to have paid off – five former presidents are now in jail or pre-trial detention for alleged corruption tied to the Odebrecht scandal, with lawyers describing the country’s handling of the investigation as “aggressive” and second only to Brazil in the region.

Registration for the awards is now open. The awards ceremony will be held after GIR Live Sanctions, Export Control and National Security, also on 24 October.