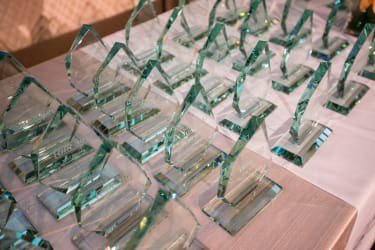 Please send GIR your submissions for the GIR Awards by the final deadline, 7 August. GIR’s fifth annual awards ceremony will take place at the Four Seasons Hotel in Washington, DC on 24 October.

Practitioners and experts are invited to submit nominations, on a strictly confidential basis, for the following categories:

Most impressive investigations practice of the  year: a law firm that has handled the largest and/or most complex investigations of the past 12 months and secured consistently good results for its clients.

Boutique or regional investigations practice of the year: a smaller firm that has acted in globally significant investigations and delivered outstanding outcomes over the past 12 months.

Investigations consultancy of the year: an audit firm or technology consultancy that has carried out consistent, invaluable and case-winning work during major investigations over the past 12 months.

Enforcement agency or prosecutor of the year: a government agency that has brought cases of global significance against sophisticated suspects in the past year.

Emerging enforcer of the year: a government agency that has made its mark on the global stage by bringing complex enforcement cases of global significance in the past 12 months.

Most important development in the practice or law of international investigations of the past year: a recent event, whether it is a law change, technological innovation or something altogether different, that has had a seismic impact on how investigations are carried out.

Most important court case of the past  year: recent litigation that will have consequences for future investigations for years to come.

Outstanding in-house counsel: an in-house legal or compliance professional who has helped his or her organisation overcome significant challenges in the last few years.

Each firm should make only one submission containing a maximum of three nominations per category.

Each nomination should include a brief description of under 200 words outlining why the nominee deserves an award. Links to relevant news coverage and articles would also be helpful.

The glamorous event at the Four Seasons Hotel will be a great opportunity to network and celebrate the successes of investigations lawyers and practices over the last year.

GIR will reveal its top 30 investigations practices at the ceremony as well as the winner of the career achievement award for one exceptionally respected and admired individual.

Last year’s ceremony saw lawyers, prosecutors and in-house counsel from all over the world come together for a three-course dinner and speeches.

Sullivan & Cromwell won the Most Impressive Investigations Practice 2018 award, thanks to its work representing two major world banks the year before. It advised Barclays on its first-of-a-kind declination with disgorgement for an alleged front-running scheme. It also represented Bancorp on a $613 million deal with four US authorities for violations of the US Bank Secrecy Act and anti-money laundering rules.

The Most Important Development in Investigations 2018 went to the $585 million Société Générale settlement – the first-ever US and French joint bribery resolution – which also earned Nicolas Brooke the Outstanding In-house Counsel 2018 award as the bank’s global head of investigations and litigation.

Please note, we will not be accepting nominations for the GIR 30, as winners for this category will be selected based on confidential information already submitted for the GIR 100.

Registration for the awards ceremony is now open.

We also invite you to join us for the GIR Live Sanctions, Export Control and National Security event, which will take place prior to the awards ceremony on the afternoon of 24 October.